Cube Twister are eight Rubik's Cubes connected by rods. However, as the eight corners of each cube are solidly connected, each row or column of cubes tumbles are a whole. The motion of this puzzle was first suggested by Nouri Khalifa around 2009. Nouri's prototype was based on eight cubes with holes, and a stick to turn pairs of cubes. In 2010, Sigurd suggested a similar type of motion in a post at the Twisty Puzzles Forum. It was Mike Armbrust who first proposed a proper Rubik's style mechanism for this concept. 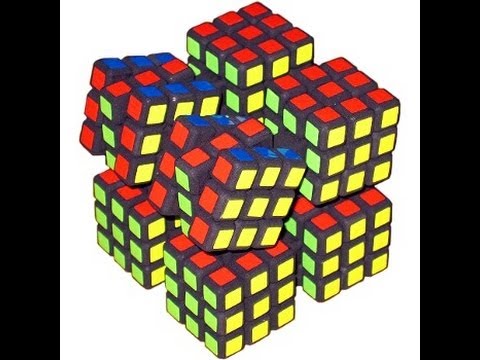