The Exterior Angle refers to the concept of a circle's folding into a cone overlayed on top of a traditional spherical coordinate system, where, "the exterior angle," is the angle normally referred to as, "theta," in traditional spherical coordinate terminology placed in terms of the parameters of the circle's folding into a cone. The two systems are linked to each other at an, "arm's distance." 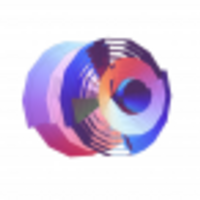