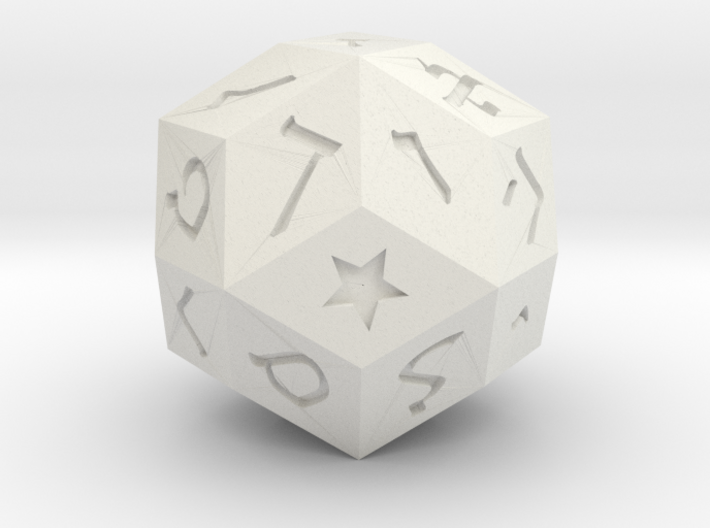 I''ve seen d30s with the English alphabet on them (and four "wildcards" or something). So I figured I''d do a similar one with the Hebrew alphabet. The Hebrew alphabet only has 22 letters, and I also included the five special final forms (and three starred faces to take up the rest).

Letters are indeed used as numbers in Hebrew... but not this way. This is an alphabet teaching tool.

(Hollow, filled with support material) -- This used to be a way Shapeways would do things and consider it hollow.  I guess now it would just be considered solid. 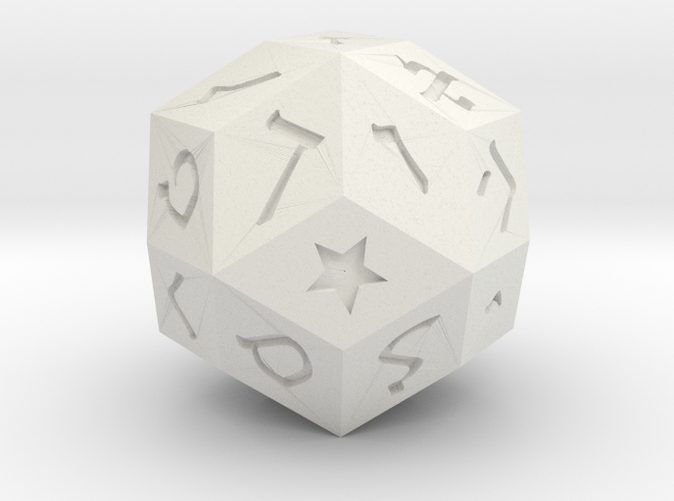 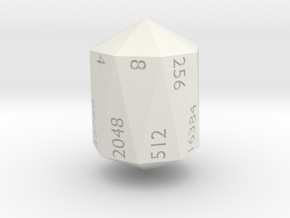 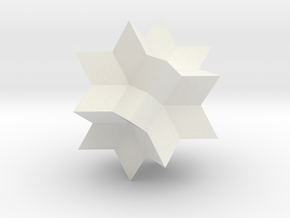