"I am no fool child! Where is it?" He spat out in anger as his hands tightened around Cassiel's neck and lifted him off the ground. The many members of the tribe stared on but could not interfere as this was a matter of Justice. "You have stolen MY property you little thief and I will take it from your corpse if I have too." Balam was strong and his grip was inescapable. He was much taller and older than Cassiel and years of trading in dangerous territories with equally dangerous people had made him more than capable of being a killer. Cassiel tried to let out some whimpers of words but he was unable to due to the choke hold. "What did you say you little rat?" Balam snickered as he moved his head closer to Cassiel's ear. He was enjoying every squirm and wriggle from his captive, it was exciting him and he wanted so badly to lose control.

"What? Speak up before I pop your head like a pimple." He sprayed as his smile grew with a satisfying smirk.

"I I I gooot it heere." Cassiel groaned. The sound of a ringing metal blade being unsheathed rang in Balam's ears but it was too late for him to react. Cassiel had grabbed Balam's knife from his belt and plunged it into his stomach. Balam shook violently as blood poured onto the floor and onto Cassiel as well. His strength had drained from his body and the two fell to the ground into a pool of blood.

"Thief, like your mother."  Balam stammered out of his mouth. Everyone in the tribe stood, shocked and frozen.

"This Arrow belongs to MY father, you will haunt our lives no longer." with that Cassiel plunged the knife into his heart.

He sat alone in Tribe lock cage still covered in blood. It filled his nose with a raw stink that pushed his last meal to just below his neck as he tried to keep it down. He could hear the Elders debating his fate within the Circle. His mother was pleading in the middle to please allow him home. There was no love lost from the Circle or the Tribe over Balam's death, he was more than an intimidating character that had overstepped the laws of the Tribe multiple times including being the prime suspect of Cassiel's fathers disappearance and many other people within the Tribe. Balam and his family were the wealthiest in the Tribe the main source of it unknown.  But Balam's family wanted justice and everyone witnessed his death. The Circle was undecided on the punishment, leaving it to the Tribal Chief Uriel "Bring him too me. Everyone leave."

Cassiel took out the Arrow head from his pocket. The Arrows were a gift from the Old World, the time before the Goddess Luna appeared in the sky and in a cataclysmic rage sundered the Day and Night. A time before in which all peoples of Tellus were the same and one Tribe. The Arrows were for the people of Nightfall, who lived in the lands between the kingdoms of Erebus (Eternal Night) and Helios (Everlasting Day). Its design created from an unknown magic represented the person it was made for. Like all the Arrow heads in the tribe it was unique, only worn and held by the person that it was bestowed on by the Tribal Shaman in the Reflection ceremony. The Arrow was more than a trinket, it was bestowed as an acceptance of responsibility to the protection of the Tribe when one became of age. A responsibility that his father was more than willing to take.

He held it in his hand and remembered his father and how much he treasured it. He always wore it around his neck and took pride in keeping it clean and shining. In its centre was Luna in her crescent form. The Tribe Shaman told his father that Luna was the Goddess of change and her crescent represented new beginnings. His Father had told him that this was a good sign, learning to change was necessary to achieving what you wanted in life.

Cassiel knelt down before Uriel silent and humble. Uriel leaned back into his throne and stared deep into his eyes. Cassiel knew that he was only to speak if spoken too.

"What am I to do with you Boy? You have put me in a very difficult position. You children think everything in life is so black and white, but as you get older you will see that the world lives in shades of grey. Where did you find your father's arrow?" Uriel stood up from his chair and began to walk slow circles around the boy.

"In Balam's house, under the floor. And his Arrow was only one of many more that I saw."

"I did not ask what else you found! You will only speak to what I ask Boy." Uriel stopped and sighed looking away. "Balam was looking to challenge me and claim the Spear Head. He may have become your Chief had you not killed him."

Uriel was an older man and a challenge to his position was certainly coming at some point soon. Balam's contempt for the Tribal Authority did make it very possible to Cassiel that what he said was true. "I can now wait a little longer until someone will try to claim my throne. Hahaha! But what you must understand is that even though you have acted in my interest there is the manner of tribal justice that must be addressed.

"What about justice for all those Arrows I found in that house?" Cassiel received a swift and strong kick to the ribs for speaking knocking him across the room.

"I like you Boy… You have courage I will give you that. What you failed to realise is that I knew about them a long time ago. I was in the process of finding out where our people were being taken too, but that might all be ruined now that Balam is dead. I have had men like your father who were willing to sacrifice themselves to find out this truth, Balam was the key. It was not just our tribe but all Nightfall tribes who have lost people. You don't even realise that by killing him you have damned your own father to a doomed fate."

The pain of hearing Uriel's words hurt more than the kick to the ribs. What had he done. "Please Chief, let me fix this. How can I also give my life to help?"

"Your life is worthless now! Justice demands your death. And for what? What can you do?"

"Let me find my father. Cast me out and exile me from the tribe and I will find him and the others and bring them home."

"Our best men and women have already tried. Even if you did, you can still not return here."

"I won't, I will put our people first and find them."

"See that you do for your fathers sake. But I will give you help." 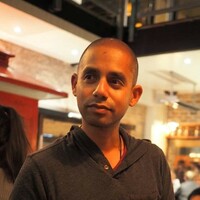