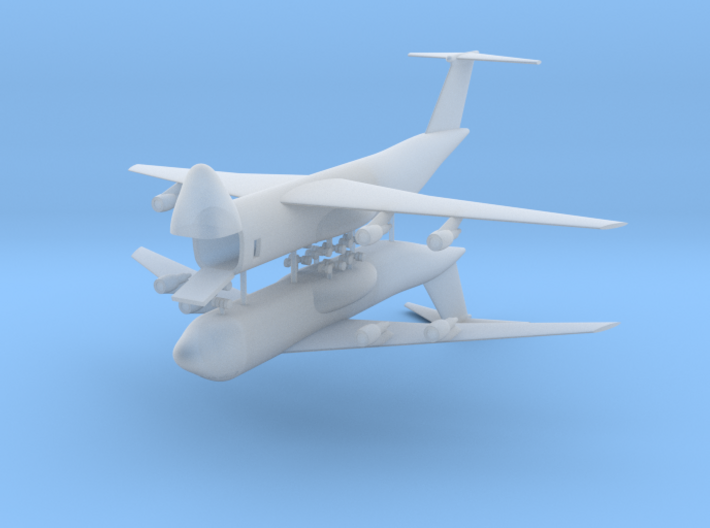 This unique model kit is in 1/700 scale. The two aircraft are attached as a single sprue by four wires under the main body of the aircraft. Once the wires are cut the aircraft do not require any work to finish them. One of the C-5 Galaxy has it's nose up. This is ideal for a diorama or display with ground units such as tanks available from this shop in the same scale.

According to Wikipedia: "The Lockheed C-5 Galaxy is a large military transport aircraft built by Lockheed. It provides the United States Air Force (USAF) with a heavy intercontinental-range strategic airlift capability, one that can carry outsize and oversize cargos, including all air-certifiable cargo. The Galaxy has many similarities to its smaller C-141 Starlifter predecessor, and the later C-17 Globemaster. The C-5 is among the largest military aircraft in the world." 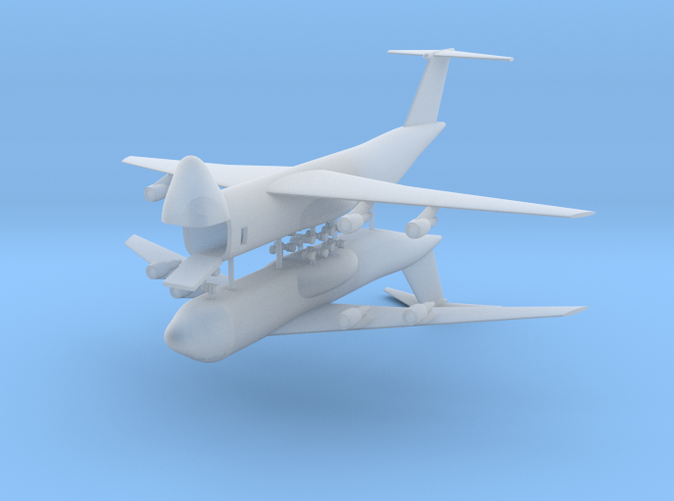 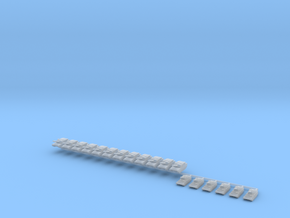