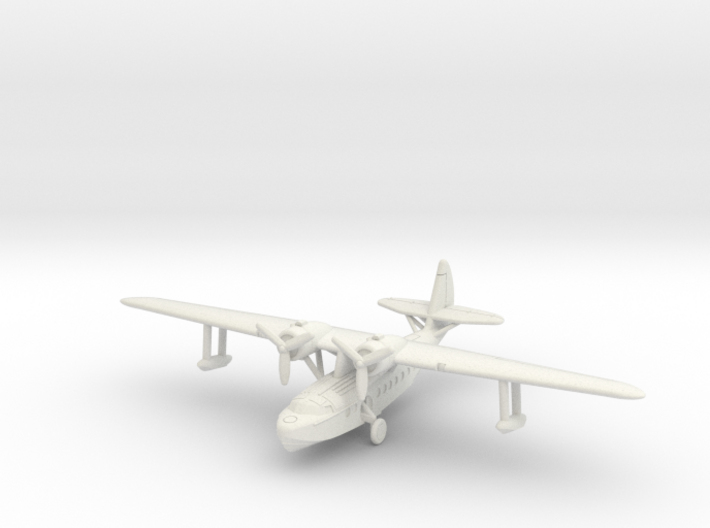 The Sikorsky S-43 first flew in 1935 and was often called the "Baby Clipper", after it's larger Pan Am big sister, the S-42. Various seating arrangements were available accommodating between 18 and 25 passengers, with a separate two-crew cockpit forward.

On April 14, 1936, an S-43 with a 500 kilograms (1,100 lb) payload, piloted by Boris Sergievsky, set an altitude record for amphibious aircraft when it reached an altitude of 27,950 feet above Stamford, Connecticut. Also aboard was designer Igor Sikorsky. (Wiki)

"53 S-43/JRS-1 "Baby Clippers" were produced (31 civil, 15 Navy, 2 Marine, and 5 USAAC)...... 10 of the Navy's JRS-1s were at Pearl Harbor on December 7th, all survived the attack and one, BuNo 1063, is undergoing restoration at the Smithsonian today. Two civil S-43s have also survived, one originally owned by Howard Hughes and one at the Pima Air and Space Museum (painted as a Marine JRS-1)."
...from  "Sikorsky S-43/JRS-1 Amphibian"  by Steve Ginter  (ISBN:0996825851)
Please Note that you have a choice of scale for this model, either 1/285th(6mm) or 1/288th - please check your choice in the top right corner of this page when ordering.
There is barely a millimeter's difference between the two BUT, I do know that many modelers like to be exact about these things. 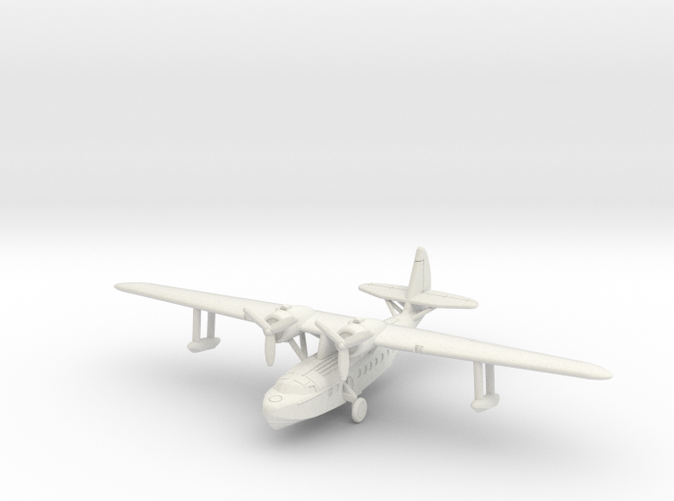 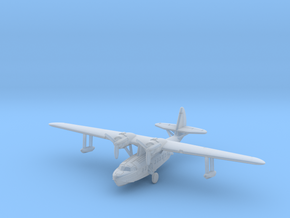 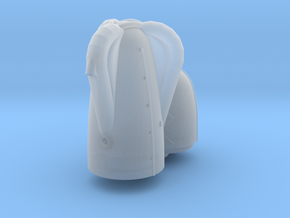 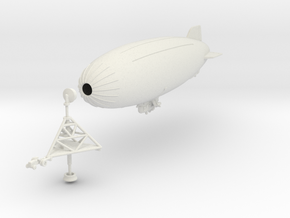