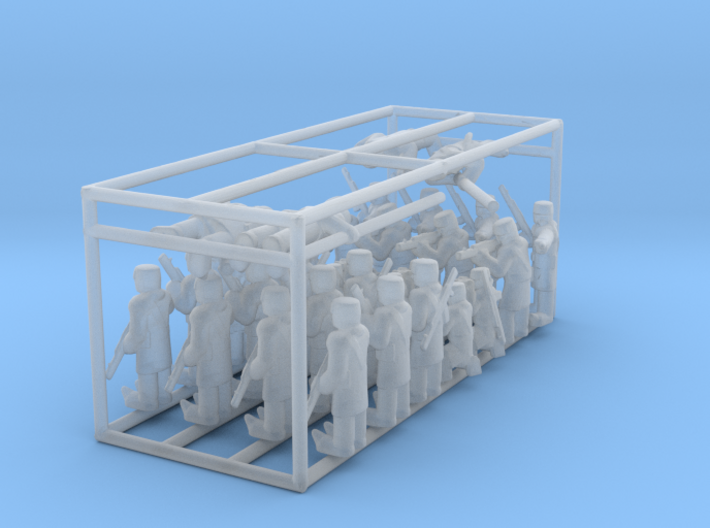 This sprue contains 4 copies of seven poses each, and 2 copies of two banner-bearing poses, enough to provide a variety of basing options for four or more squads of 6mm infantry.  Modeled around is a cage to protect the infantry so that they arrive in perfect condition.

Designed for the Polyversal wargame system in mind (by Collins Epic Wargames) which Mareldon is not in any way associated with.  Visit our Facebook page (Mareldon) and the Polyversal official page (https://www.polyversal-game.com/) for more information.

""""
The Rus have a mandatory service requirement for their people, not only as a defensive measure but as a cost saving device for the collective defense of the worlds they occupy.  Especially on outlying worlds bordering or in contention with other factions, able-bodied individuals may be called upon to perform service to the Mother-Worlds.

Equipping them with reliable, if outdated, armor and armament, a typical Militia-Conscript will hardly be a match for a properly trained force.  Working in tandem with other military elements, however, they provide a plentiful and easily tapped quantity of manpower that doesn't need to be moved from world to world and can, in times of defense, hold the enemy at bay until more trained forces arrive.

Any particular population of Rus will have the appointed position of Commissar-Quartermaster, which is a respected, though easy job that may not inspire the best of work ethics by those who hold the position.  During times of peace they are involved in overseeing the training and performance of the mandatory military service and advancing those who show the capacity and/or willingness.  During times of danger, however, those in the population who will need to be selected and armed for conscription are selected and supplied by the Commissar-Quartermaster of their jurisdiction.

Commissar-Quartermasters who the oligarchy of The Rus find have been too lax or unqualified in their positions may find themselves publicly executed.  Those who develop their area may end up being a political force and an inspiring leader on the battlefield, or even find themselves promoted to higher station.  As such, a unit may end up being a Commanding unit as the story presents itself, though holing up in bunker would be much advised.

Though the conscripts are relatively uniform in their equipment and training, their motivation to serve may be varied.  If they feel motivated enough, they will be roused into Fanatics, ready to give everything to defend the glory of their jurisdiction, their homes and their families.  Just as likely, however, they may decide that being a pawn in a war they would rather not take part in doesn't suit their goals for survival.  These Mercenary tendencies may make them balk in the face of an opposing force.  This is often remedied at a local level by a promise from the Commissar-Quartermaster to execute any surviving cowards. 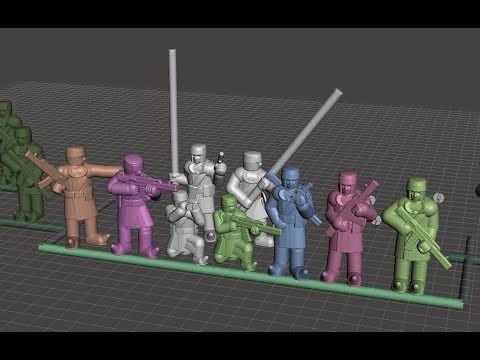 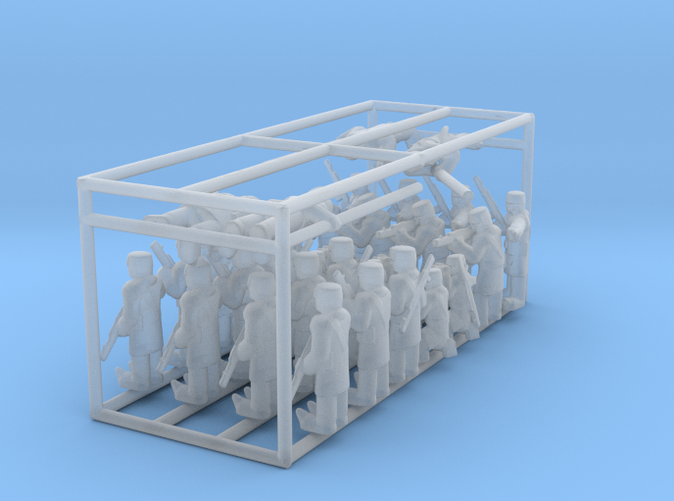 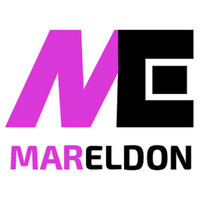 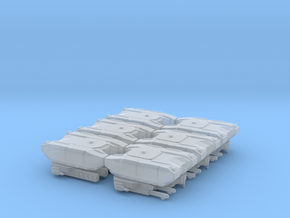 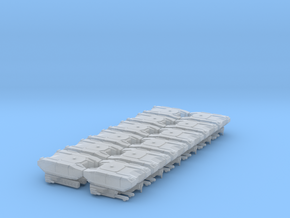 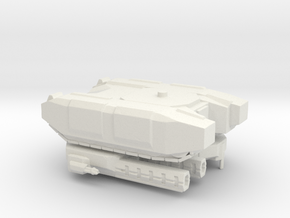