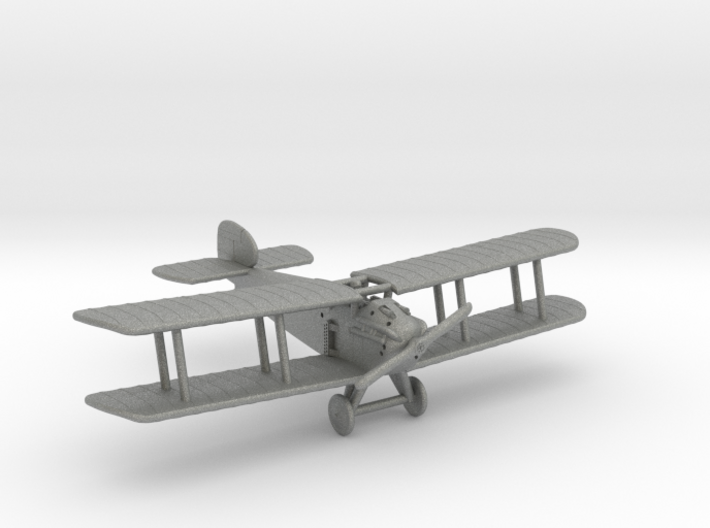 While most Sopwith fighters used a rotary engine, the Sopwith 5F.1 Dolphin used a Hispano-Suiza vee. The upper wing sat low on a deep cockpit to give the pilot maximum visibility, with his head poking out in a cage structure splitting the upper wing. The lower wing was negatively staggered to maintain the correct center of gravity. Pilots were not keen on this arrangement, though, fearing being decapitated if the plane should flip over. Those fears were unfounded though, and the plane proved easy to fly and quite capable, especially at high altitude where Camels struggled. The first operational trials commenced in June 1917, but it was not until the late months of 1917 that production units reached the front. Problems with the geared 200hp Hispano-Suiza plagued rapid production, just as it was slowing the R.A.F. S.E.5a.

Twin synchronized Vickers were fitted to the fuselage, and sometime additionally one or two limited-movement Lewis guns aimed upward at a 45° angle, though the latter were frequently removed, with a corresponding increase in performance. The Dolphin performed all the normal fighter patrol and escort duties and one unit was issued Dolphins for Home Defense.

A version using the powerful 300-320hp Hispano-Suiza (the Dolphin II) was in testing at the end of the war and was anticipated for use by both French and American units.  It was anticipated that the French firm SACA would build as many as 2194 Dauphins for use by the Americans, but the order was cancelled with the Armistice.

This plane comes in both 1:144 and 1:285/6mm/1:288 scales.  At 1:285, two aeroplanes are included, joined by disposable links.  In Detail Plastic at that scale, detachable translucent propeller disks are included with each plane.   At 1:144, there is also available a Dolphin with an additional single Lewis gun and one with twin Lewis guns. 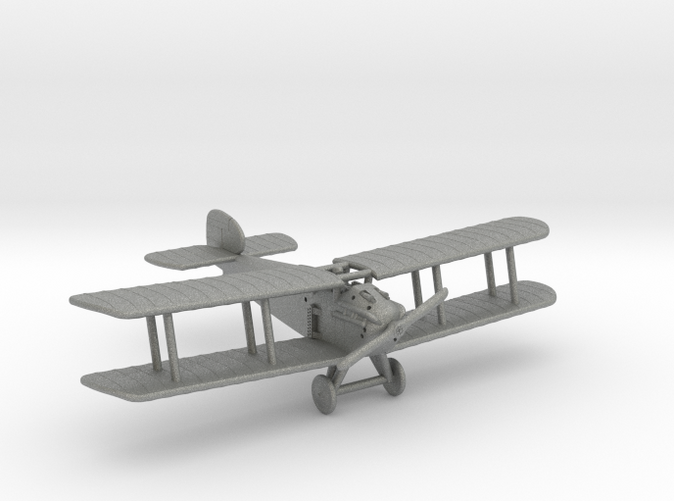