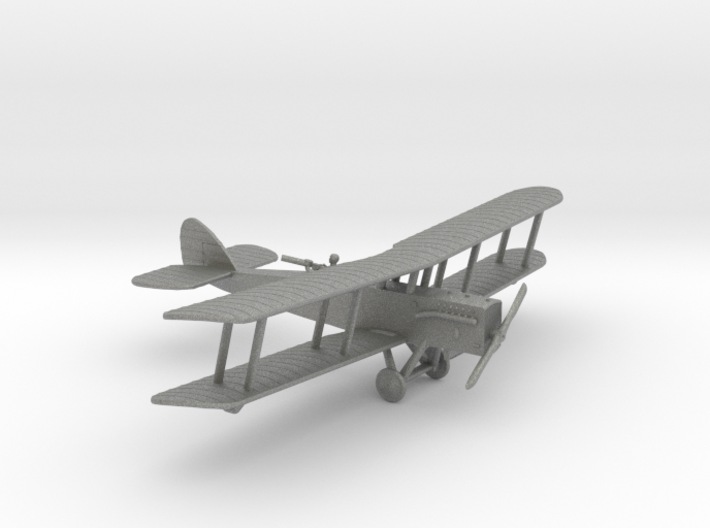 What a difference an engine makes!  The Airco DH9 had always struggled to perform its mission with a barely-adequate 230 Siddeley Puma engine.  Replacing that with a 400hp Liberty V12 turned the DH9a "Nine-Ack" into a winner, albeit one that only had impact in the last few months of the war.  Liberty engines were delivered in much smaller numbers than projected, and though the first eighteen machines were delivered in June 1918, it was not until the end of August that the first squadron in France began combat missions.   Though only a handful of squadrons received their DH9As before the armistice, the type served on for many years afterwards in a variety of roles.

This version of the DH9A features a single observer Lewis gun and the longer style of exhaust pipes.  Also available is a version with twin Lewis guns for the observer.

This model comes in several scales.  The 1:100 and 1:144 versions have a single aeroplane; the 1:285/6mm/1:288 product has two aeroplanes.  The 6mm product includes detachable, translucent propeller disks rather than blades, which are difficult to print at that scale.  They are joined by disposable links to keep the price down, since single-part models are more affordable.  You can break the links with nail clippers, wire cutters, or similar.  The 1:600 and 1:700 products come with six aeroplanes connected by a sprue.  You'll have to carefully remove the planes from the sprue. 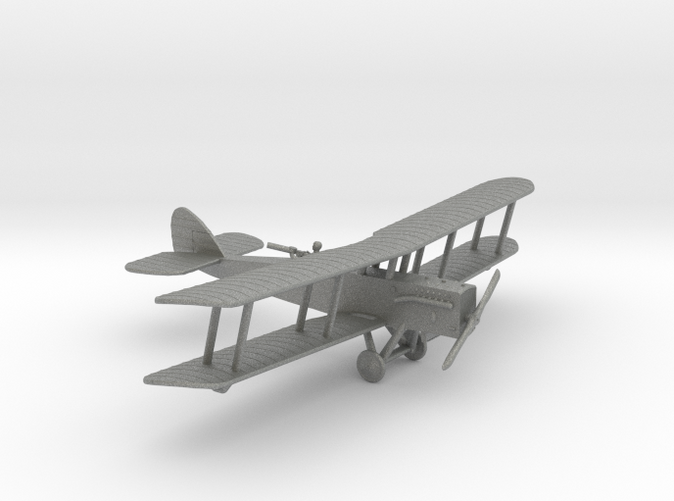