The Panther I Ausf G was the final version of the Panther to enter production during the Second World War, and was produced in larger numbers than the previous two versions combined.

Production of the Ausf G began in March 1944, and although the high production targets were never met at least 300 tanks were accepted in every remaining month of 1944 apart from October and December.

A number of the changes introduced on the Ausf G had been developed for the Panther II, many to increase the simplicity of production. Amongst these changes was the introduction of a straight tapered edge to the side of the hull above the tracks, in place of the more complex sides of earlier models.

The angle of the slope of the side armour was reduced by 11 degrees, making it less effective, so to counter this width of the the side armour was increased from 40mm to 50mm. To compensate the armour on the lower hull front and underneath the tank was made thinner.The driver’s vision port was removed to strengthen the frontal armour. It was replaced with a rotating periscope above the driver. A new driver’s seat was introduced, and could be raised up so that the driver’s head would emerge from his hatch, allowing for better visibility when moving away from the battlefield.

During the production run of the Ausf G the gun mantlet was modified. On earlier tanks it had a circular profile, which created a “shot trap” below the gun, where incoming rounds could hit the base of the mantlet and be deflected down onto the thin roof armour. The bottom half of the new mantlet was wedge shaped, eliminating the problem.

A shortage of raw materials meant that an all-steel running gear had to be installed on the Panther Ausf G, beginning with chassis number 121052. During the production run a number of further changes were made, including the addition of a gearbox oil cooler, 3mm armoured ammo bins and a heater for the fighting compartment.

All three Panther variants operated in the same units, but combat attrition meant that the Ausf G was by far the most common version by the end of 1944, by which time the Panther accounted for over half of the entire German tank force. 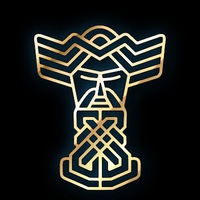