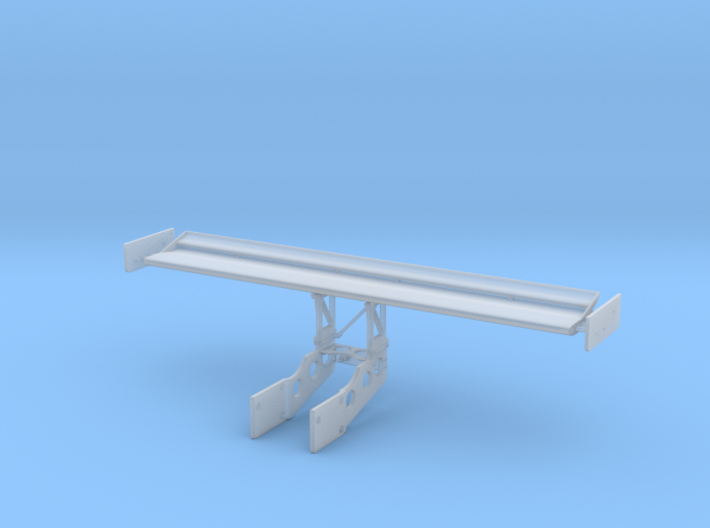 This should allow you to build the 1991 Daytona 24 winning Joest Porsche 962C as the most famous version to use this assembly.  However, this wing was also used through out the 1989 Group C season, and various races in 1990 and 1991, Group C and IMSA GTP.  Check your photo resources.  Also get the 962C Short Tail and the Rear Tail Lights to go with it.

I've designed the rear wing assembly such that the endplates are offset from the wing with a sprue, and you'll note three locating pins on the inboard face of the endplate, and three corresponding holes in the wing mainplane and flap.  The sprues should be cut away, though take care in not clipping the locating pins.  Also, I've made a hole that runs the entire span of the rear wing mainplane; the idea is to insert a 1/32" diameter brass rod (K&S Engineering--can be found on eBay) in order to insure long term span-wise stiffness.  I'm uncertain how well the SLA rapid prototyping material will hold up and the brass rod shold reduce the possibility of any deflection.

This is designed around Tamiya's 1/24 scale Porsche 962C kit.  The hole spacing on the wing assembly matches the locating pins on the gearbox case on Tamiya's kit.

I've recently revised the CAD model (which resets the print counter and now lists it as first-to-print) to correct incorrect bolts (was using socket bolts instead of button head 1/4-28s).

What's in the box:
Joestrearwingassembly124V2016 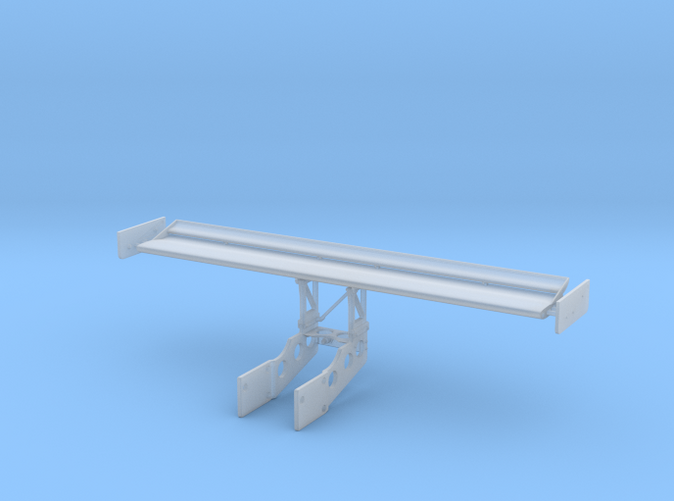 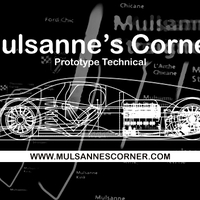 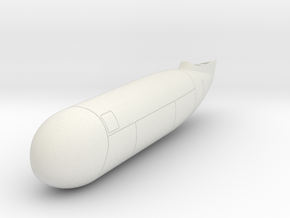 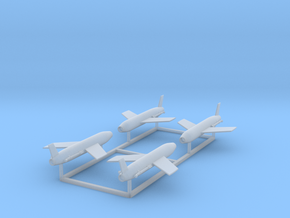 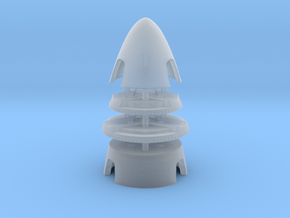