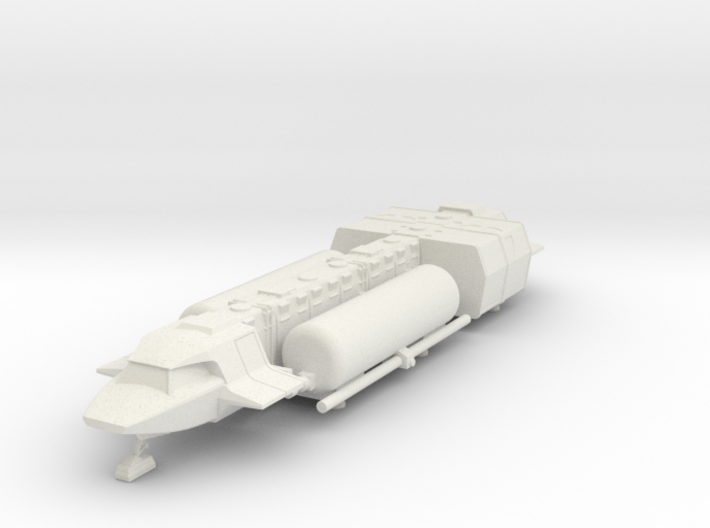 This series of one piece, solid models are designed based upon the two classic 1980's science fiction TV mini-series and the spinoff series. In preparing to make these figures, I found that the references to these space craft and vehicles were erratic and clearly inaccurate in most cases. I also found that depending on the particular TV scene I viewed, many details of the particular vessels were inconsistent. As such, I fully admit that I have taken a bit of poetic license in attempting to harmonize the various views of the ships as depicted in the TV series. I followed the modular design concept clearly visible in all the designs. In order to decide on the scale of the ships, I carefully compared the shuttles and fighters to the objects they were near in key scenes. By comparing the length of the ships to the known lengths of surrounding items (the classic Dodge Monaco police cruiser, for example) and the height to characters passing through the doors (shock troopers, for example), I determined reasonably accurate dimensions to use.

I designed the modular components and trial printed them repeatedly on my DaVinci 1.0 printer in ABS ... working out the most critical design elements. After achieving stable images of the components, I began creating the ships as seen in the series. The first six models I created were uploaded and three were printed one or more times each. These models were very good, but I found a few improvements that should be made for commercial printing. All currently posted components are "version 2.0" - I have enhanced all the modules and re-built all the ships with the improved components.

Due to the great disparity in relative size of the mother ship, I have chosen to incorporate its design in the display stand options and not create a stand-alone version. Because the ships are solid, they would require a small hole to be drilled in the bottom in order to be mounted (permanent or removable) on the peg of the display base. I have taken the same approach with the classic logo.

While this description is consistent, the model name contains the scale. Most of the models have three versions:
I am considering the size of the models vs. their printing cost and I may offer more "smaller" scales that would be less expensive. At this time, three of the core scales I have chosen to make available are:


While I may expand the series, the currently available models are:


These models are intended to be finished and displayed - they have not been designed as toys and should not be used in that way. My experience to date indicates that these models should be handily completed by a moderate to advanced model maker. The printing software adds some materials at thin edges in order to ensure that the edges do not fracture during printing. These areas are easily finished with light sanding. Most notably, the extra material that should be sanded off tends to appear at the following points: (a) the front windshield to corners, (b) the aft module window frames, (c) the upper vent hood of the aft module, and (d) the ends of the ramps and stairs.

I hope you enjoy these models. If you have feedback, please leave a message posting. If you like what I'm showing, "follow me" so you get notifications when I post new models. 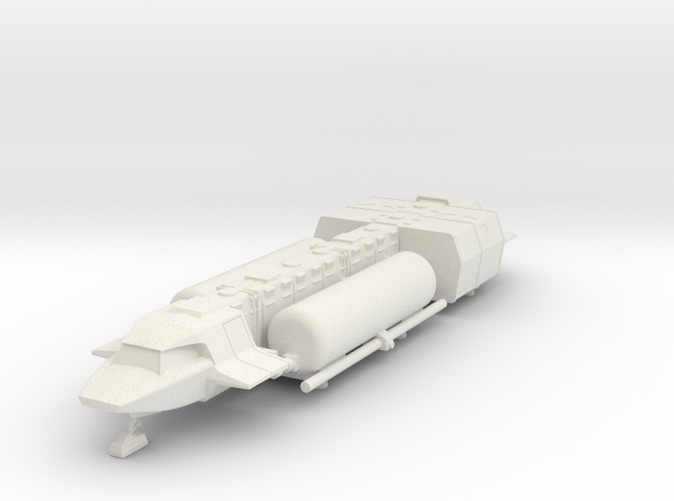 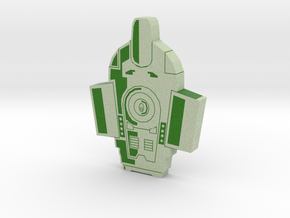 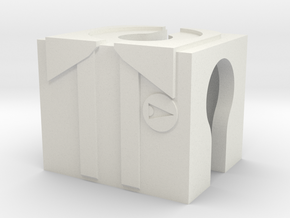 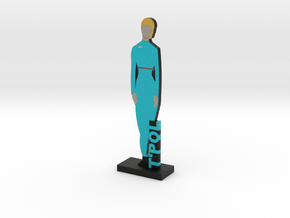 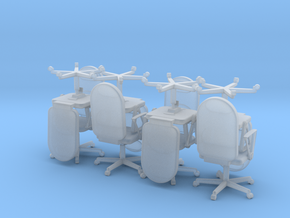