Tetrahydrocannabinol or THC is the main psychoactive substance found in the cannabis plant.

This model comes in two forms. This is the scientific most correct shape. Here is a THC Molecule Model which is designed more symmetrical.

Cannabis, also known as marijuana among other names, is a preparation of the Cannabis plant intended for use as a psychoactive drug or medicine. Cannabis can be used by smoking, vaporization, within food, or as an extract. Cannabis is often used for its mental and physical effects, such as a "high" or "stoned" feeling, a general change in perception, euphoria (heightened mood), and an increase in appetite. Onset of effects is within minutes when smoked and about 30 to 60 minutes when cooked and eaten.They last for between two and six hours. Cannabis is mostly used recreationally or as a medicinal drug. It may also be used for religious or spiritual purposes.

Hashish, or hash, is an extracted product composed of compressed or purified preparations of stalked resin glands, called trichomes, from the cannabis plant. It contains the same active ingredients as marijuana—such as tetrahydrocannabinol (THC) and other cannabinoids—but often in higher concentrations than the unsifted buds or leaves from which the marijuana is made. 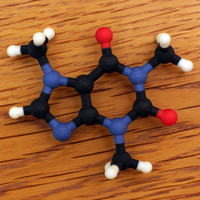