Slightly tweaked it to use a little less material to drive the price down as low as I can get it.

A set of two (L&R) paddles I've designed for people who (like me) don't like how the paddles on the Elite Controller get in the way of their grip or accidentally press whenever they set the controller down.

These paddles are much shorter so they take slightly more pressure to press, but they're still at a length were pressing them isn't a stretch. Also, since they're printed in steel, they will clip into your controller magnetically just like the original ones, albeit with a slightly weaker attraction.

Due to the size tolerances involved in printing in steel, I've deliberately made these paddles ever so slightly too small. This is because during the printing process a layer of thinkness tends to get added (usually less than 1/10 of a milimeter). By reducing the scale of the paddles, they should end up being the right size once the extra layer is applied, but in some cases they may become marginally too thick and end up not fitting in the Elite Controller as they should.

The best solution to this that I've found is, rather than trying to force them in, simply sanding the little connector hook down slightly untill it fits. Only a tiny amount of material should need to be removed.

I wish there was a better soliution, but untill the manufacturing process becomes more accurate, there isn't much else I can do. This issue should only effect a tiny minority of prints, as it is a defect after all, but something that is inherant with printing in Stainless Steel.

If you are unhappy with the quality, I encourage you to contact shapeways support here and ask for a refund or reprint, their customer service is top notch and they'll make sure everything gets sorted out. 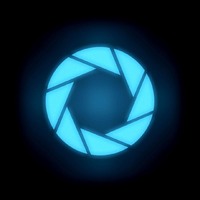