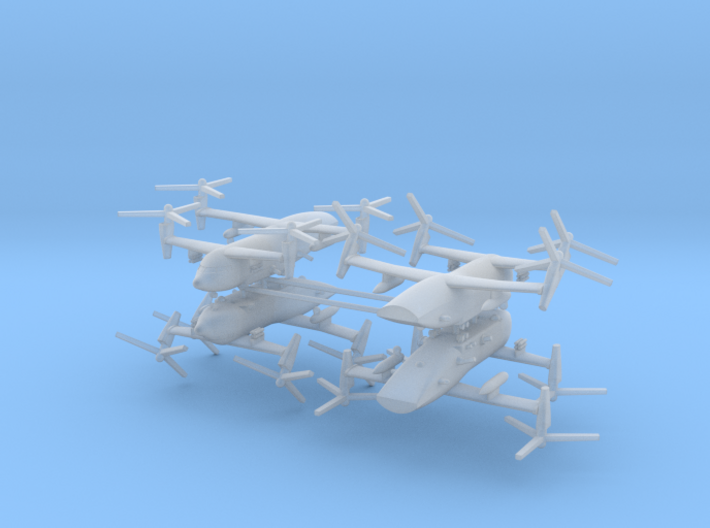 This model kit is in 1/700 scale. The single sprue is connected by wires under the vehicles. It includes: 4x Bell Boeing Quad Tiltrotor Aircraft. The Aircraft are armed with the same weapons you would find on a KC-130 Harvest Hawk, also available from this shop. 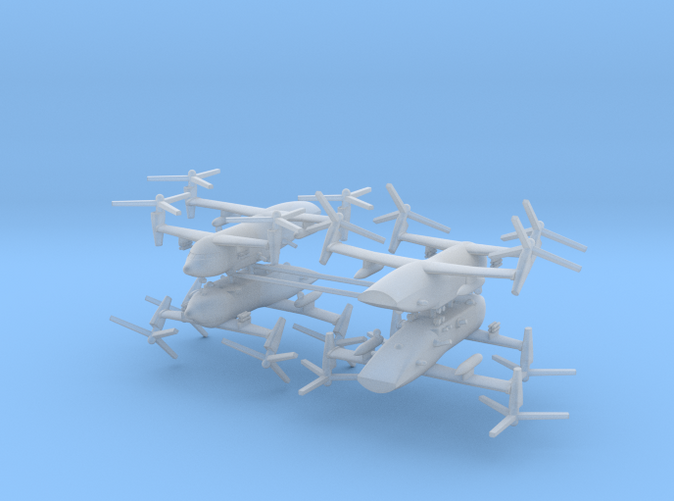 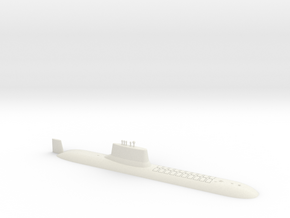 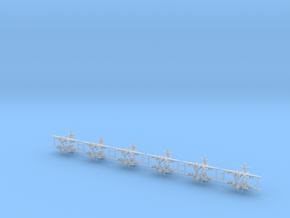 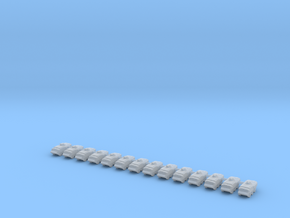 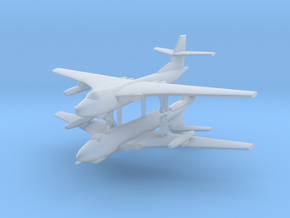