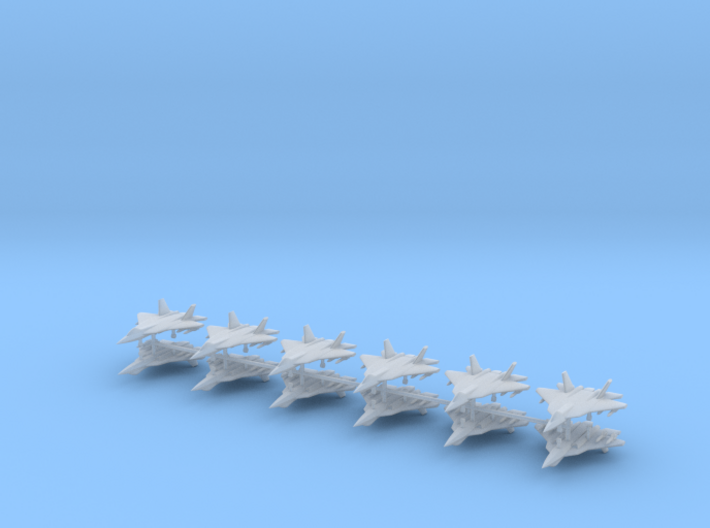 This model kit is in 1/700 scale. The single sprue is connected by wires under the vehicles. It includes: 12x PAK-FA Aircraft. The Aircraft are armed externally with 4x Kh-17 Krypton AS Missiles under the wings. There is another version available from this shop without these weapons.

According to Wikipedia: "The PAK FA (Russian: Perspektivny Aviatsionny Kompleks Frontovoy Aviatsii, literally "Prospective Airborne Complex of Frontline Aviation") is a fifth-generation fighter programme of the Russian Air Force. The T-50 is the aircraft designed by Sukhoi for the PAK FA programme. The aircraft is a stealthy, single-seat, twin-engine jet fighter, and will be the first operational aircraft in the Russian Air Force service to use stealth technology. It is a multirole combat aircraft that can be used for both air superiority and ground attack missions." 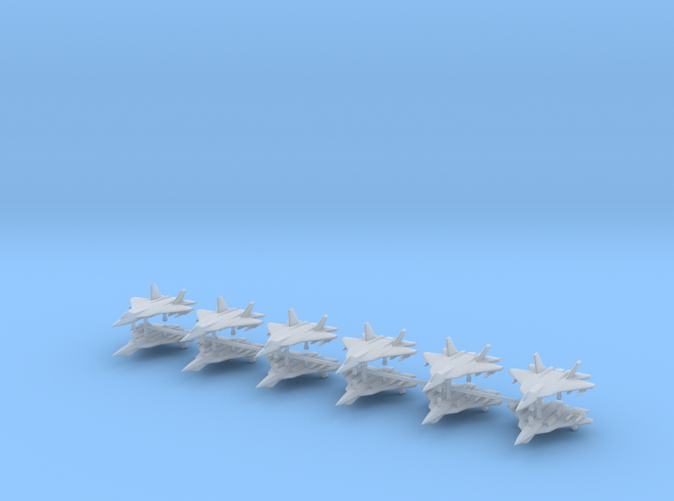