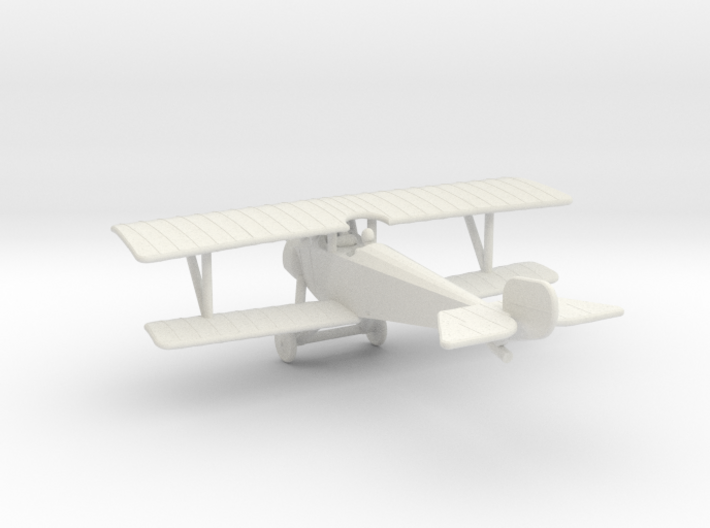 The Nieuport 10 set design trends that would influence the next several years of Nieuport design as well as enemy planes, chiefly by the use of the 1-½ "sesquiplane" layout with a reduced-profile lower wing and vee-struts, which gave it excellent downward sight lines. One design decision that was not retained on later planes was a variable-incidence lower wing that could be modified depending on the plane's engine and load. Crew position varied -- on the type AV the pilot was forward, on the Type AR, in the rear.  The Nieuport 10 was also sometimes flown as a single-seater, especially in Italy on Macchi-built aircraft. As its career progressed the Nieuport 10 saw less use as a two-seat reconnaissance plane role (for which it was underpowered) and more as a single-seat fighter. Gradually over the course of 1915 the were replaced with the Nieuport 11 in the fighter role and Nieuport 12 for reconnaissance.

Nieuport 10s served briefly with Belgium in mid 1915. Italy used it as a fighter from mid 1915 through the end of 1916, when they began to be phased out for Nieuport 11s and 17s, though a few continued service through 1917. 240 were built by Nieuport-Macchi and probably 500 were acquired by Italy in total.

Russia acquired a few from France before building their own in the Dux and Lebedev plants with various engines, where they were mostly used as single-seat fighters until 1917, when they transitioned to reconnaissance. They used the designation Nieuport 9 (or "Niner") for the single-seat version with the front cockpit decked over, an upper-wing non-synchronized gun, and a pilot's headrest. About seven hundred 9's and 10's were built in Russia.

Reduced Aircraft Factory offers Nieuport 10 models in four configurations:  unarmed (AR), AR with a cutout so the observer can stand and fire, AV (conventional two-seater), and single-seat fighter configurations.  It is offered in both 1:144 and 1:285/6mm/1:288 scales.  The 1:285 model comes with two aeroplanes joined by disposable links.  You can cut the links with wirecutters or fingernail clippers.  The smaller-scale models also use detachable, translucent propeller disks, since propeller blades are difficult to print at small scales.