Photo and Hellenistic paint job by BobP at wingsofwar.org 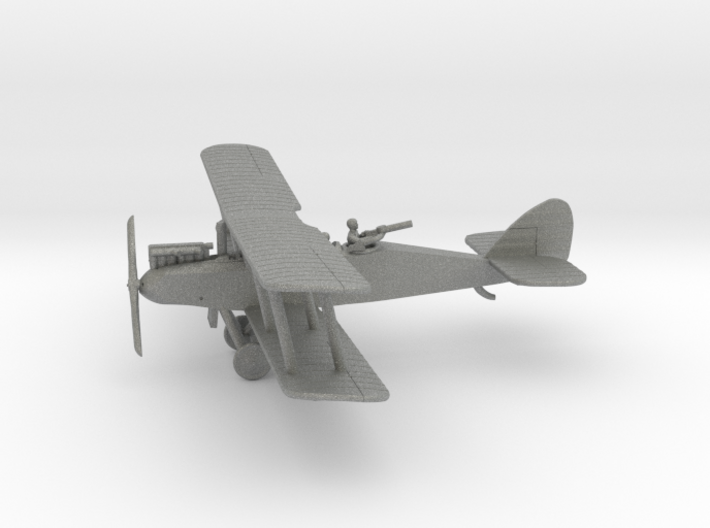 The Aircraft Manufacturing Company (Airco) D.H.9 was intended as a replacement for the successful D.H.4., but it was limited by a bad engine:  the 230hp Siddeley Puma, which was based on the B.H.P. Galloway Adriadic.  The engine left the D.H.9 with less horsepower than its predecessor and left it with a poor climb rate and shedding speed and altitude in manuever.  Even with its serious limitations, 3,890 DH9s were produced and it served with about 30 squadrons on the western front starting in February 1918.  The true character of the DH9 was not revealed until it was re-engined with the 400hp Liberty V12 in the form of the DH9A.

This model comes in several scales.  The 1:144 version has a single plane; the 1:285/6mm/1:288 product has two aeroplanes.  They are joined by disposable links to keep the price down, since single-part models are more affordable.  You can break the links with nail clippers, wire cutters, or similar.  The 1:600 and 1:700 products have six aeroplanes, joined on a sprue-structure. 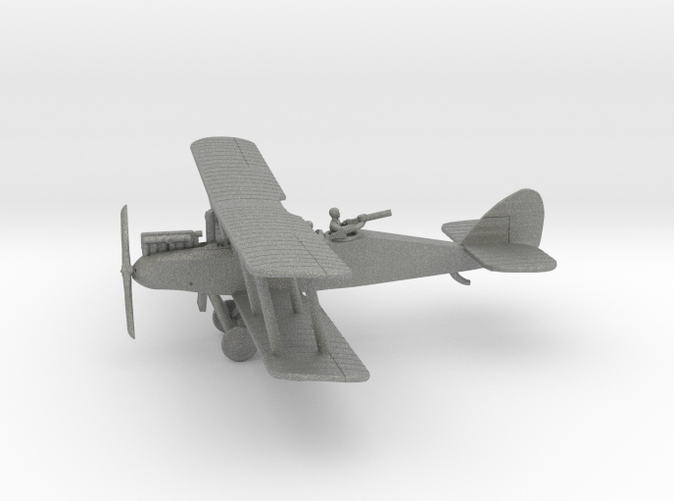 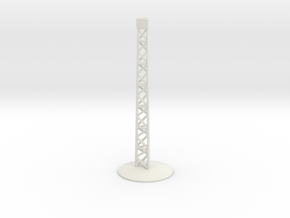