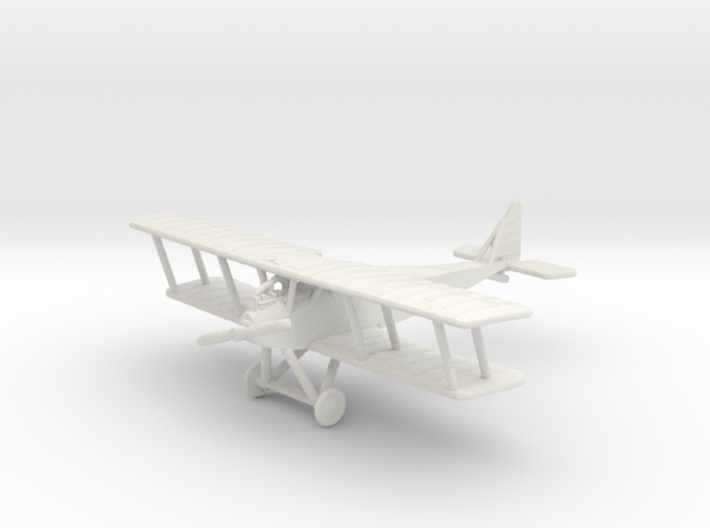 The Halberstadt D.II (with a 120hp Mercedes D.II) and D.III (with the 120 Argus AS II) premiered in June 1916 at a time when the Fokker Eindeckers were really showing their age and lack of performance.  Their good flying characteristics made them more popular than their contemporaries of the Fokker D.I-IV, and it was not until the rise of the twin-gun Albatros fighters that the the Halberstadts were withdrawn from the Western Front in mid 1917.

The Halberstadt D.V was a development of the D.III with the forward vision improved through an open cabane strut structure, balanced ailerons, and a circular top-wing cut-out.  The single machine gun was placed on the port (intake) side of the engine and a simple side exhaust was fitted.  Fifty-seven were built, of which thirty-one were sent to Turkey, and several of the 26 remaining were used in Palestine, where they continued to serve well into 1918.   Planes serving in the Middle East were sometimes fitted with supplementary radiators and/or a second machine gun.

This product comes in both 1:144 and 1:285/6mm/1:288 scales.  The 1:285 product comes with two aeroplanes, each with a detachable, translucent propeller disk rather than propeller blades, which are hard to print at small scales.  They are joined by disposable links to keep the price down, since single-part models are more affordable.  You can break the links with nail clippers, wire cutters, or similar. 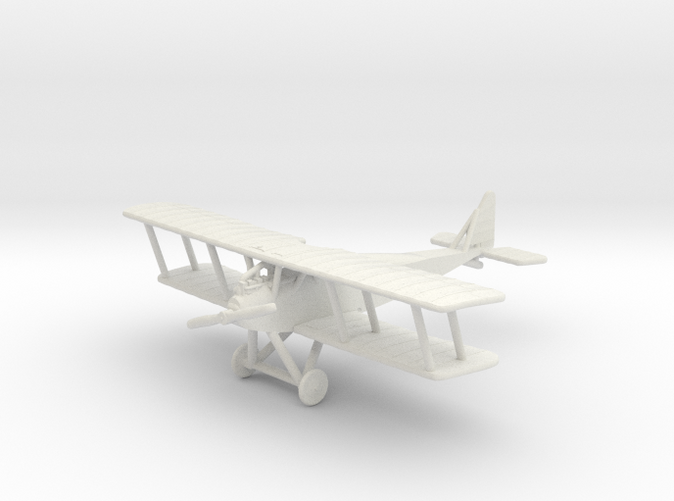