Gässling - innovative design, no matter what!
$332.26
3D printed in white nylon plastic with a matte finish and slight grainy feel.

Bullet Meet Bulb is part of a three piece lighting range called Breaking bulbs. They capture that split second in time when an object destroy on impact, and the over-sized bulb-shaped lamps appear to shatter as they destroy when being dropped, smashed, and even shot. It’s a project which lives somewhere in between art and design. 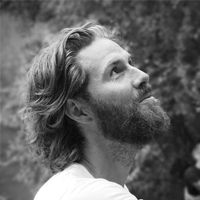