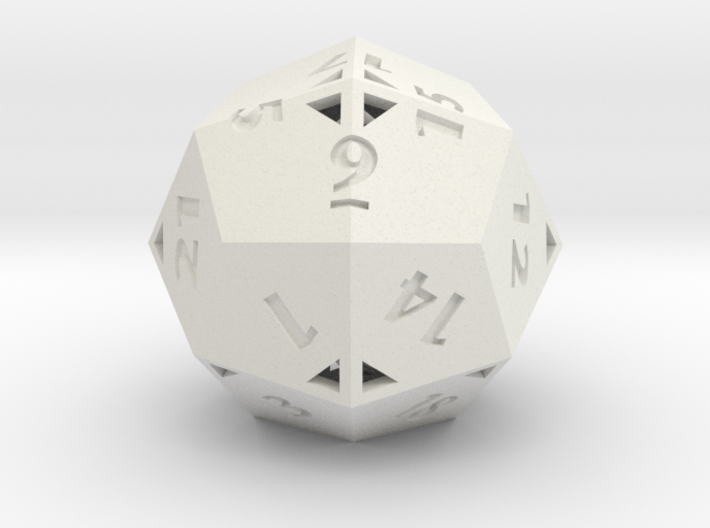 bliku
$11.57
Ships as soon as 5 days
3D printed in white nylon plastic with a matte finish and slight grainy feel.

A fair die, but most unusual. It is not a Catalan solid, for its dual, the "elongated square gyrobicupola" is not an Archimedean solid, but a Johnson solid (J37). Alone among Johnson solids, it has all its vertices identical, like an Archimedean solid, but not quite symmetrically enough to qualify for the latter group, as it has a sort of "twist" that divides its vertices into two groups that cannot be transformed into one another. So its dual has all its faces the same, as a die requires, just with an odd twist, which you can see as some of the numbers have to straddle an edge instead of being on a face like the others. 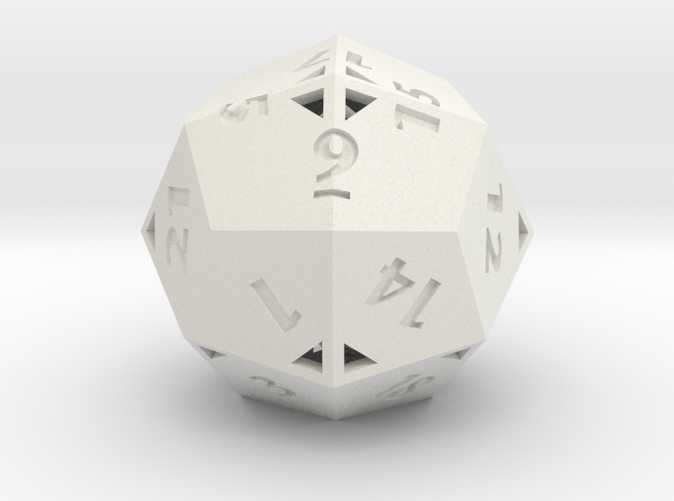 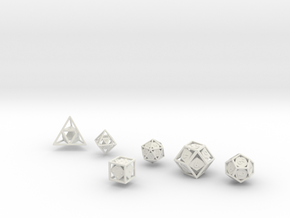 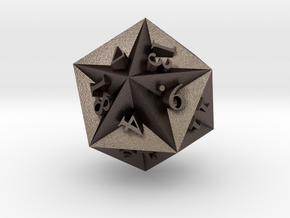