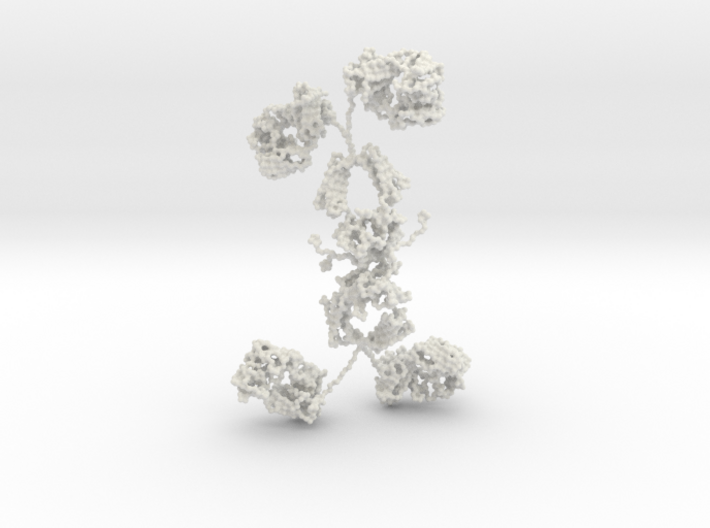 Immunoglobulin A - IgA - is an antibody that plays a critical role in mucosal immunity. This model is a surface representation, based on backbone atoms only. IgA has two subclasses (IgA1 and IgA2) and can exist in a dimeric form called secretory IgA (sIgA). In its secretory form, IgA is the main immunoglobulin found in mucous secretions, including tears, saliva, sweat, colostrum and secretions from the genitourinary tract, gastrointestinal tract, prostate and respiratory epithelium. It is also found in small amounts in blood. The secretory component of sIgA protects the immunoglobulin from being degraded by proteolytic enzymes, thus sIgA can survive in the harsh gastrointestinal tract environment and provide protection against microbes that multiply in body secretions. Note: this model is very fragile due to the hinge regions. 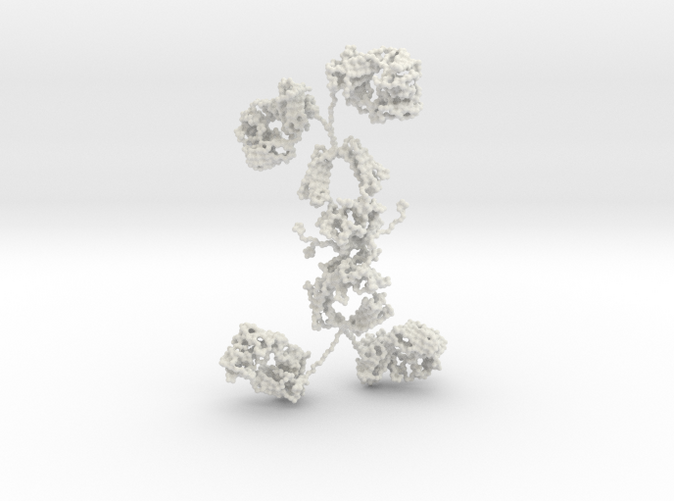 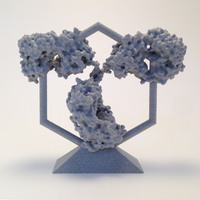 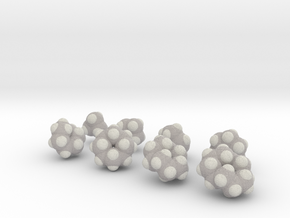 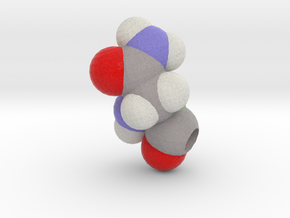 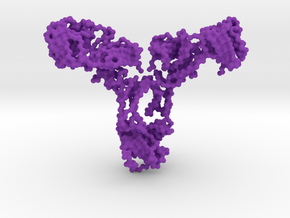 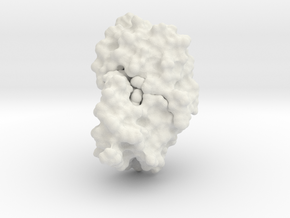