This beta product I'm working on is a "K-Cup Compost Tool"-- a small, inexpensive tool to help breakdown the packaging of the popular K-Cups to allow for easy composting of the coffee grounds (and if desired, recycling of the components).

With over 13 million owners, Keurig brewers are extremely popular. However, they also provide a little bit of an environmental conundrum. Green Mountain Coffee Roasters, just one of the companies selling coffee for the brewers, produced enough K-Cups in 2013 to circle the globe 10.5 times. Inside those cups-- nitrogen-rich, pH-neutral coffee grounds, which are excellent additions to gardens and composts.

This little tool is aimed to help streamline the process of opening up the K-Cups and getting out the coffee grounds. If you hold the tool upright, the sides can be used to Pierce and Peel the foil off the top of the cup. Turn the tool downwards and it can be used to Scrap and Scoop the grounds out of the cup. Should the user be interesting in recycling components of their K-cup, he/she is that much closer to disassembling the cup.

Beta Testing Update
February 22, 2015 - If you are interested in composting your K-Cups, but don't feel my design is for you, check out the K-Cup Recycling Deal by Derek Bibeau. It's set up sort of like a juicer and it mounts on top of a wide-mouth Mason Jar. It's a more expensive print, but a very neat concept! 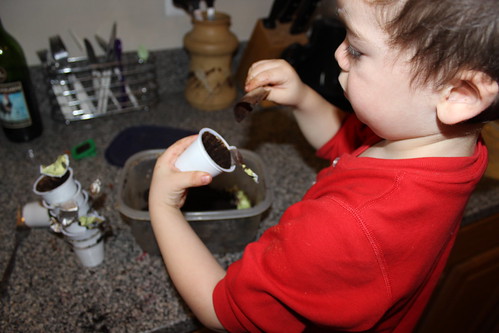 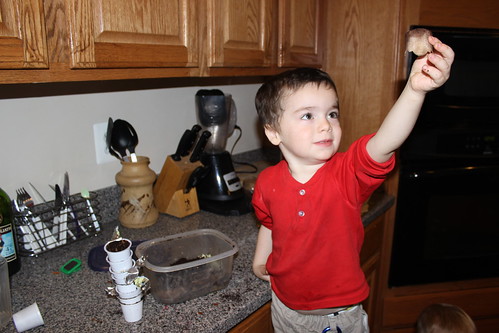 October 12, 2014 - I still haven't uploaded and ordered my next revision. Meanwhile our original beta product is still going strong. It's brown stains are a good souvenir of how frequently it is used, doing about 42 - 56 cups a week. 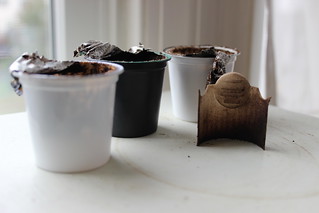 I did want to note a correction to my artistic rendering that I made before I printed the product. Originally I thought the tool would be held vertically with the "piercers" doing most of the peeling. In real life, we have found ourselves holding the tool almost horizontal to the lid and letting the curve do the peeling.

September 1, 2014 - My observations using the tool-- I've found our first revision to be comfortable and easy to use, but the piercing portion needs a little reinforcement. After roughly 90 cups, the little piercers are bent, but as a testament to the Strong and Flexible Plastic, they have not broken and still do the job.

August 26, 2014 - The tool might require a marketing make-over. My mother's roommate has thrown it in the trash two times. We had to make a sign that reads "Not Trash." : ) 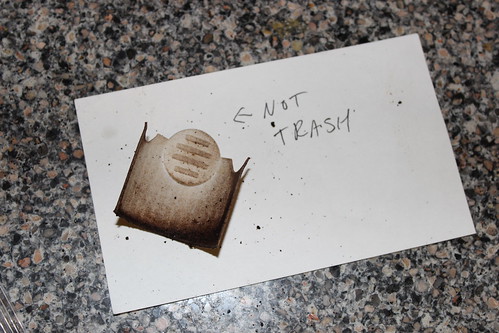 August 21 2014 - My mother reports the tool is "certainly a lot easier" than what she was doing before with a knife. 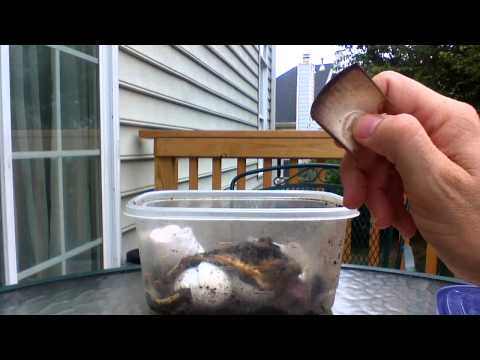