Qiterra Arts & Jewelry
$37.56
Ships as soon as 12 days
3D printed in enrobed in 24k gold and polished to a mild sheen with visible print lines.
Want to complete your necklace? Add A Chain

The Golden Records were an idea of Carl Sagan in the 1970's to be time capsules of Earth that were fitted to the two Voyager craft launched in 1977. The mission would take them out of the Sun's gravitational embrace and send them off into interstellar space. On the record were images, sounds, music and mathematical diagrams all recorded in analog. The face of the record included a diagram of a phonograph, to access the data, and a chart of our position in the galaxy. The musical selection varied widely from Navajo chanting, to Mozart to Chuck Berry. The addition of a rock and roll song was hotly debated at the time and thought of as juvenile. However I think if we are ever lucky enough for it to be found some day in the distant future, 'Johnny B. Goode' will be their favorite track and will bring rock and roll to a culture that may have never heard music before.

In 2013 NASA announced that Voyager 1 had reached interstellar space and was 11.6 billion miles from Earth, making it the furthest man made object. Voyager 2 was 9.5 billion miles away. Voyager 1 will not encounter another star system for another 40,000 years.

For more information on the Golden Records and their contents visit:

This medallion pendant is about 1.25in tall and of medium weight. The front bears the design of the diagrams on the full size records and the back is grooved like a record. Embrace the legacy of Carl Sagan and the search for intelligent life with this pendant and your favorite chain! 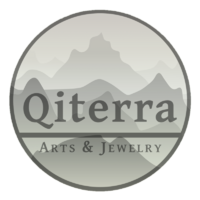