Due to House rivalry, manufacturing a license-built Rommel tank quickly became impossible. Thus was born the Churchill Mk XX. With a harder hitting main gun and much improved speed, this design improves on the original concept, albeit with a much higher price tag. Early issues with the gun mount threatened to shelve the design, but these problems have been overcome.

This self-propelled howitzer features the following: a movement of 5/8/0, one ultra-AC20 and two extended range medium lasers. It carries nine and a half tons of ferro armor with CASE and is equipped with a targeting computer for increased accuracy. Best operated in pairs or lance formation, this AFV is an ideal choice for quick strikes and tip-of-the-spear missions against larger, slower opponents. The Churchill is an armored fighting vehicle for use in the game BattleTech and can be found in the upcoming fan-made Technical Readout: 3063 (to be released 9/2011). Parts for alternate versions (featuring standard AC20 or Gauss rifle with three medium lasers) are included.
Original design by Steven Satak & Anthony Scroggins.
BattleTech and CASE are copyright Topps Inc. and Catalyst Game Labs. Their use here is not intended to infringe on that copyright. 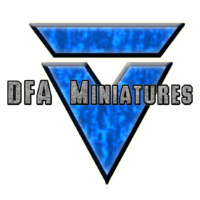