The original key for the family! Two mounts allow you to hang on the housekeeper two bundles with keys ...
Keychain "Yin"
Keychain "Yang"
Keyring "Yin and Yang"

-------------------------
Yin and yang
In Chinese philosophy, yin and yang (/jɪn/ and /jɑːŋ, jæŋ/; Chinese: 陰陽 yīnyáng, lit. "dark-bright", "negative-positive") is a concept of dualism in ancient Chinese philosophy, describing how seemingly opposite or contrary forces may actually be complementary, interconnected, and interdependent in the natural world, and how they may give rise to each other as they interrelate to one another. In Chinese cosmology, the universe creates itself out of a primary chaos of material energy, organized into the cycles of Yin and Yang and formed into objects and lives. Yin is the receptive and Yang the active principle, seen in all forms of change and difference such as the annual cycle (winter and summer), the landscape (north-facing shade and south-facing brightness), sexual coupling (female and male), the formation of both men and women as characters, and sociopolitical history (disorder and order).

There are various dynamics in Chinese cosmology. In the cosmology pertaining to Yin and Yang, the material energy, which this universe has created itself out of, is also referred to as qi. It is believed that the organization of qi in this cosmology of Yin and Yang has formed many things.[2] Included among these forms are humans. Many natural dualities (such as light and dark, fire and water, expanding and contracting) are thought of as physical manifestations of the duality symbolized by yin and yang. This duality lies at the origins of many branches of classical Chinese science and philosophy, as well as being a primary guideline of traditional Chinese medicine,[3] and a central principle of different forms of Chinese martial arts and exercise, such as baguazhang, taijiquan (t'ai chi), and qigong (Chi Kung), as well as appearing in the pages of the I Ching.

The notion of a duality can be found in many areas, such as Communities of Practice. The term "dualistic-monism" or dialectical monism has been coined in an attempt to express this fruitful paradox of simultaneous unity and duality. Yin and yang can be thought of as complementary (rather than opposing) forces that interact to form a dynamic system in which the whole is greater than the assembled parts.[4] According to this philosophy, everything has both yin and yang aspects (for instance, shadow cannot exist without light). Either of the two major aspects may manifest more strongly in a particular object, depending on the criterion of the observation. The yin yang (i.e. taijitu symbol) shows a balance between two opposites with a portion of the opposite element in each section.

In Taoist metaphysics, distinctions between good and bad, along with other dichotomous moral judgments, are perceptual, not real; so, the duality of yin and yang is an indivisible whole. In the ethics of Confucianism on the other hand, most notably in the philosophy of Dong Zhongshu (c. 2nd century BC), a moral dimension is attached to the idea of yin and yang.

What's in the box:
keys_ 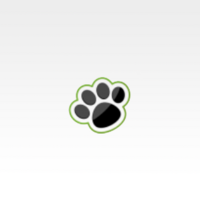 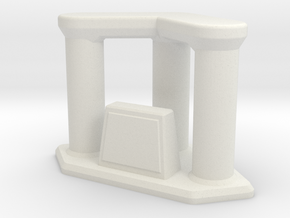