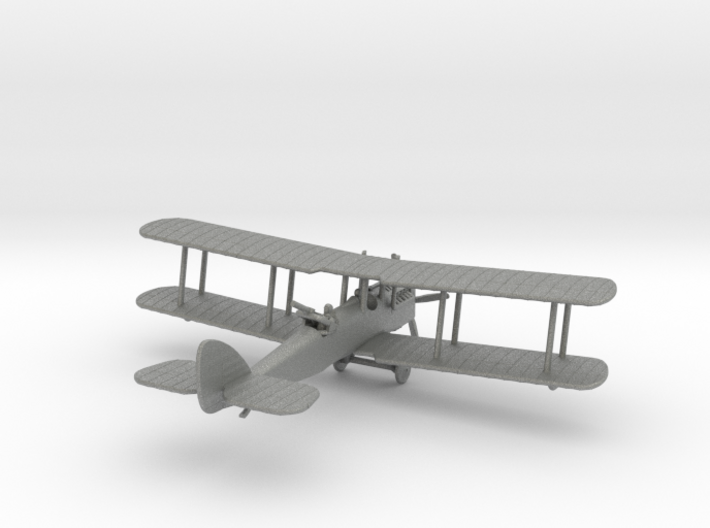 The Airco D.H.4 was the first British plane designed specifically as a day-bomber. While it was originally designed for the 160hp Beardmore or 230hp BHP engine, but it is perhaps fortunate that the BHP production was delayed and the 250hp Rolls-Royce Eagle was available instead. The Eagle was an excellent engine and it only got better with successive marks, culminating with the 375hp Eagle VIII. Westland-built D.H.4s for the RNAS fitted twin Vickers guns for the pilot. When introduced the D.H.4 outperformed all other twin-seaters of its class and could outrun many enemy fighters. Its greatest weak spot was the long distance between the pilot and observer, making cooperation difficult, a fault that was corrected in the Airco D.H.9.

DH4s served from March 1917 through to the Armistice, performing bombing, observation, photography, anti-Zeppelin, and anti-submarine duties.  It served on the Western Front, Italy, Aegean, Macedonia, Palestine, Mesopotamia, and during the Russian Revolution. An RNAS DH4 took down Zeppelin L.70 in August 1918.

The D.H.4 was also built with an American Liberty engine, which I also offer as a different product.

This product comes in several scales.   There are two aeroplanes in the 1:285 product, joined by disposable links.  Since propeller blades are hard to print at that scale, detachable propeller disks are included instead.  You can snap them off and discard them if you prefer.  At 1:600 and 1:700, there are six aeroplanes included, all connected by a sprue structure that you'll have to carefully remove. 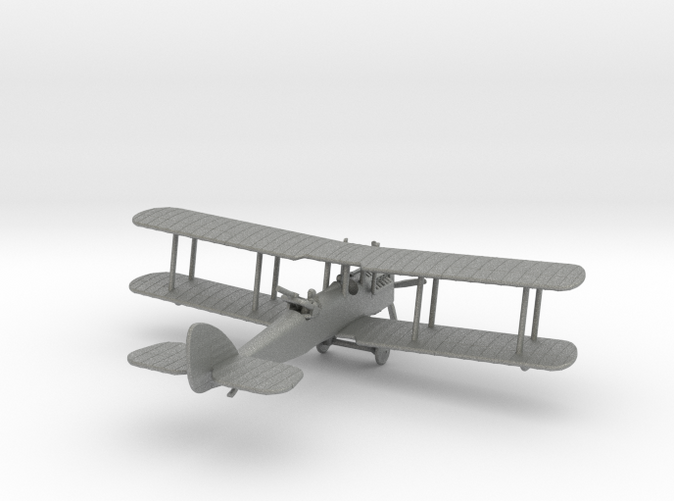