1/700 Scale HMS Hood 4"/45 (10.2 cm) QF Mark XVI Guns x7. Highly detailed parts created from the Norman Ough plans and many reference photos. These guns were carried by HMS Hood at the time of her sinking. 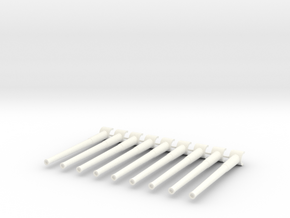